The US Congress has withdrawn RT America’s accreditation on Capitol Hill, citing the company’s “foreign agent” status. That’s hours after the State Department said the US Foreign Agents Registration Act “does not restrict an organization’s ability to operate.”

On Wednesday night, the mayor of San Juan, Carmen Yulín Cruz, visited the show and spoke with Stephen Colbert about the state of rebuilding. There’s no joking around on this. Around 50% of people still don’t have access to electricity—and it’s been more than a month since Hurricane Maria made landfall. Many still lack clean drinking water, proper medical attention, and other basic necessities. You can make a difference by donating through a foundation that Mayor Cruz is promoting called Alguien Ayudenos (which translates from Spanish as “Somebody Help Us”).

“England’s First Black Princess!” lots of media blared a variety of that this week, immediately after the official announcement of what several tabloids have been speculating about for months: Prince Harry, brother of Prince William, son of Charles and Diana, grandson of Queen Elizabeth II, is engaged. His intended, Meghan Markle, is American, divorced, three years older than the prince — and biracial. Which has led to a lot of breathless reporting that she is the first black member of the royal family.  Um … maybe not … 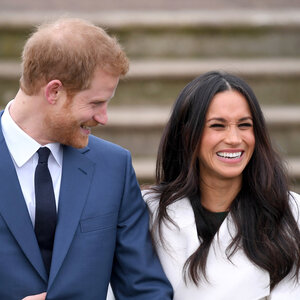 Who Is Meghan Markle? 6 Things To Know About The Princess-To-Be

Prince Harry is fifth in line to the throne. Markle is a divorced woman of mixed race, who grew up under the protection of America’s First Amendment.

Markle, whose African American mother has a master’s degree in social work from the University of Southern California, was raised “with a social consciousness to do what I could and speak up when I knew something was wrong.”

Markle is a women’s advocate for the United Nations Entity for Gender Equality and the Empowerment of Women. She has been outspoken in criticizing “misogynistic” and “divisive” actions of President Donald Trump.

“It’s a bit like going in the goldfish bowl. Everything changes. What she was able to say before she came into ‘the firm’ is very different to what she is going to be able to say now,” Dickie Arbiter, a former press secretary to Prince Charles explained. “It all changes.”

“Now she has come into the royal family, she will have to be politically neutral. Harry has probably made that perfectly clear. He knows she has been outspoken, but all that has to stop. She is going to have to adapt. I am sure she is on the road already.”

‘Love many things, for therein lies the true strength, and whosoever loves much performs much, and can accomplish much, and what is done in love is done well.’
‘Great things are done by a series of small things brought together.’
http://www.heraldsun.com.au/entertainment/movies/review-loving-vincent/news-story/6d979b665e436144bbca2734934a256a

M42: The Great Orion Nebula
Image Credit & Copyright: Francesco BattistellaExplanation: Few astronomical sights excite the imagination like the nearby stellar nursery known as the Orion Nebula. The Nebula‘s glowing gas surrounds hot young stars at the edge of an immense interstellar molecular cloud. Many of the filamentary structures visible in the featured image are actually shock waves – fronts where fast moving material encounters slow moving gas. The Orion Nebula spans about 40 light years and is located about 1500 light years away in the same spiral arm of our Galaxy as the Sun. The Great Nebula in Orion can be found with the unaided eye just below and to the left of the easily identifiable belt of three stars in the popular constellation Orion. The featured image, taken last month, shows a two-hour exposure of the nebula in three colors. The whole Orion Nebula cloud complex, which includes the Horsehead Nebula, will slowly disperse over the next 100,000 years.

With 3,000 customers a day, a restaurant, ample parking and turnover of €26m (£23m) a year, Checkpoint cafe, the largest cannabis-selling coffee shop in the Netherlands, was a fabulous commercial success.

That was until it was closed down in 2009 for testing to the limits what the Dutch describe as their gedoogbeleid (tolerance policy), under which prosecutors turn a blind eye to the breaking of certain laws, including in the business of selling cannabis …