‘So as the bright lights dimmed on yet another State of the Union Address, a thought came to mind: Why are there only two parties year after year expressing their increasingly conformist beliefs in the halls of power? Why the mindless, ritualistic applause for two short-sighted groups, that are engaged in an endless game of back-and-forth regarding America’s future?’

‘Church … family … police … military … the national anthem … Trump trying to call on all the tropes of 1950s-era nationalism. The goal of this speech appears to be to force the normalization of Trump on the terms of the bygone era his supporters are nostalgic for.

This shockingly high level of conformity, I believe, is symptomatic of America’s two-party political system, which dramatically reduces the options available for everyday Americans when forced to consider political topics of great import. Yet poll after poll shows Americans want and need a third political brand to choose from.

What was conspicuously missing from Trump’s State of the Union Address was not rapturous applause and standing ovations. What was missing was a third voice in a third section of the Capitol to lend some credence to this authoritarian-style political show.’

In addition to his groundbreaking work as a foreign corresponent for major outlets, Parry—who died Saturday, according to his family, after a series of strokes caused by pancreatic cancer that had gone undetected—continued his muckraking career as an independent journalist after establishing Consortium News in 1995. As editor and publisher, Parry wrote with penetrating analysis and grit on foreign policy issues and domestic affairs while also giving platform to an array of writers and experts who challenged conventional thinking and mainstream orthodoxies. 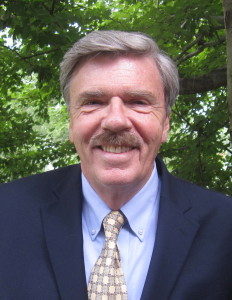 In honor of Robert Parry, read a collection of his work curated by the CIA … The legendary investigative journalist’s articles live on in the archives of the very agency he worked to expose

Director Oliver Stone took a swipe at the Washington Post and Stephen Spielberg’s “lame-brained” film, The Post, in a Facebook tribute to the late journalist Robert Parry on Sunday.

Stone commended the Consortium News’ founder for breaking from the “tyranny of mainstream media conformity” and his breaking of the Iran-Contra scandal.

David North, Chairman of the World Socialist Web Site’s International Editorial Board, discusses the capitalist crisis in the United States.

‘An emerald weighing more than 1.5 kg has been found at the Malyshevsky emerald-beryllium ore field, according to Russia’s state hi-tech corporation Rostec. It is the largest stone unearthed at the mine in a decade.’

Ural emeralds are highly valued on the global market of precious stones, as they have a unique yellowish tinge, which is not typical of this mineral, and are known under the Malyshevsky emeralds brand name.

A political bit used by Stephen Colbert has been Cartoon Trump, in which the host interviews a literal cartoon of the president. Showtime recently announced an entire spinoff for the cartoon chief executive, and now you can watch it.

David Harvey defines Neoliberalism in less than 6 minutes. Left Out, a podcast produced by Paul Sliker, Michael Palmieri, and Dante Dallavalle, creates in-depth conversations with the most interesting political thinkers, heterodox economists, and organizers on the Left.

In this episode, we speak with David Harvey about his latest book, MARX, CAPITAL, AND THE MADNESS OF ECONOMIC REASON, as well as what the Left most focus on to effectively organize for a better economy and society.

This week’s episode discusses New York City’s lawsuit against Big Oil and its dumping of $5 billion in fossil fuel investments, rising US consumer debt, attacks on labor and living standards in Greece, how the collapse of the Carillion Corporation exposes the failure of privatization in the UK, and how CVS’s touch-ups of beauty images expose the economics of advertising. Also included is an interview with Professor Bertell Ollman on Marx’s distinctive contributions to analyzing capitalist society, past and present.

A Russian 100-megaton nuclear device designed to demolish the east and west coasts of the United States in the event of a nuclear war.

Russia appears to have responded to a US trillion dollar program to deploy an anti-missile system that would negate Russia’s ballistic missile system.

‘Kanyon’ (as NATO calls it) is designed to detonate on the US west coast, destroying the ports of San Diego, Los Angeles, and San Francisco.

A French vessel carrying Russian liquefied natural gas docked in Boston on Sunday. Another tanker is reportedly on its way, despite Washington’s sanctions against Moscow and amid grand plans of conquering Europe’s gas market …