Earth Day is the name given to two different annual observances that are intended to raise awareness about a wide range of environmental issues and problems and to inspire people to take personal action to address them.

Except for that general goal, the two events are unrelated, even though both were founded about a month apart in 1970 and both have gained wider acceptance and popularity ever since.

In the United States, Earth Day is celebrated by most people on April 22, but there is another celebration that predates that one by approximately a month and is celebrated internationally.

The first Earth Day celebration took place on March 21, 1970, the vernal equinox that year. It was the brainchild of John McConnell, a newspaper publisher and influential community activist, who proposed the idea of a global holiday called Earth Day at a UNESCO Conference on the Environment in 1969.

At the vernal equinox (always March 20 or March 21), night and day are the same length everywhere on Earth.

McConnell believed that Earth Day should be a time of equilibrium when people could put aside their differences and recognize their common need to preserve Earth’s resources.

On February 26, 1971, U.N. Secretary-General U Thant signed a proclamation saying that the United Nations would celebrate Earth Day annually on the vernal equinox, thereby officially establishing the March date as the international Earth Day.

In his Earth Day statement on March 21, 1971, U Thant said, “May there only be peaceful and cheerful Earth Days to come for our beautiful Spaceship Earth as it continues to spin and circle in frigid space with its warm and fragile cargo of animate life.” The United Nations continues to celebrate Earth Day each year by ringing the Peace Bell at U.N. headquarters in New York at the precise moment of the vernal equinox.

The History of Earth Day in America

On April 22, 1970, the Environmental Teach-In held a nationwide day of environmental education and activism that it called Earth Day. The event was inspired and organized by environmental activist and U.S. Sen. Gaylord Nelson from Wisconsin. Nelson wanted to show other U.S. politicians that there was widespread public support for a political agenda centered on environmental issues.

Nelson began organizing the event from his Senate office, assigning two staff members to work on it, but soon more space and more people were needed. John Gardner, the founder of Common Cause, donated office space. Nelson selected Denis Hayes, a Harvard University student, to coordinate Earth Day activities and gave him a staff of volunteer college students to help.

The event was wildly successful, sparking Earth Day celebrations at thousands of colleges, universities, schools, and communities all across the United States. An October 1993 article in American Heritage Magazine proclaimed, “…April 22, 1970, Earth Day was…one of the most remarkable happenings in the history of democracy… 20 million people demonstrated their support… American politics and public policy would never be the same again.”

In 1995, Nelson received the Presidential Medal of Freedom from President Bill Clinton for his role in founding Earth Day, raising awareness of environmental issues, and promoting environmental action.

The Importance of Earth Day Now

No matter when you celebrate Earth Day, its message about the personal responsibility we all share to “think globally and act locally” as environmental stewards of planet Earth has never been more timely or important.

Our planet is in crisis due to global warming, overpopulation, and other critical environmental issues. Every person on Earth shares the responsibility to do as much as they can to preserve the planet’s finite natural resources today and for future generations.

The U.S.-Mexico border is made up of mountains, jungle, coastline and many other diverse ecosystems. Wildlife has populated these regions for millions of years, and has always had the freedom of movement to hunt, reproduce and migrate. To make these animals suffer as a result of man’s political agenda is entirely immoral. Worse, it’s ecocidal, suicidal … 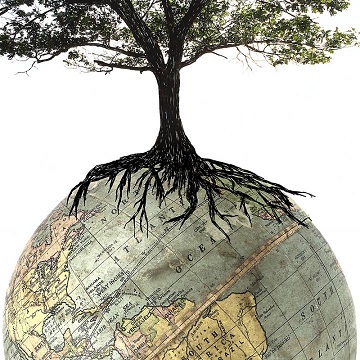 On Earth Day, enjoy the tonic of fresh air, contact with the soil, and companionship with nature! Walk through the woods in search of emerging wildflowers and green moss. Go outside, no matter the weather!

Summer, fall, winter, spring,
The seasons rotate as each brings
Its special beauty to this Earth of ours.
Winter’s snow and summer’s flowers;
Frozen rivers will flow come spring,
There is a renewal of everything.
–Edna Frohock

This site uses Akismet to reduce spam. Learn how your comment data is processed.